Home   Trade and Investment Relationship between African Countries and India: Challenges and Prospects

Trade and Investment Relationship between African Countries and India: Challenges and Prospects

The following article is based on a speech given by Herbert Dakasi Stackhouse at the Young Scholars’ Forum on October 11, 2017. 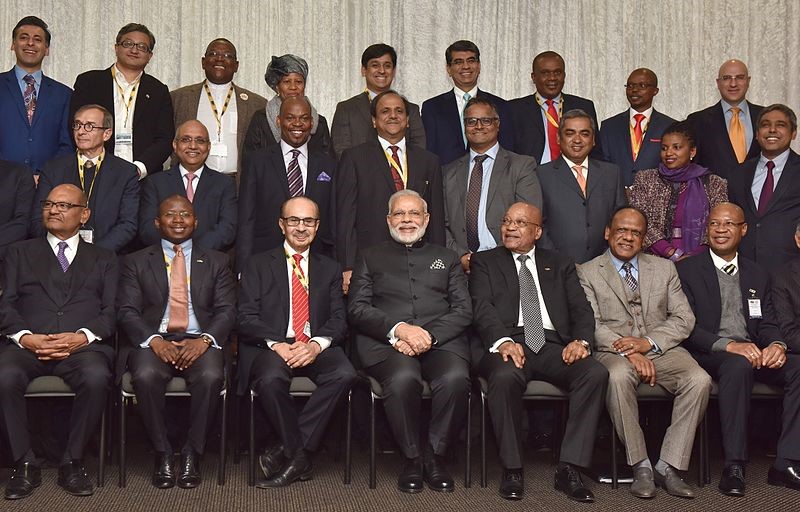 Trade and investment have emerged as one strong unifying factor in modern international relations. Africa’s emergence as the new epicentre of global economic activities shouldn’t be surprising. The Indo-Africa trade and investment relationship was enthused by the positive changes in international opinions on Africa’s economic future, which has gradually paved way from chilly doom-and-gloom predictions to a warming optimism. The growing relationship is a prosperous economic synergy that needs to be sustained.

Since globalization was announced, India’s bilateral trade and investment with African continent has seen some positive trends. It has witnessed massive expansions. The upward trend is partly the consequence of India’s duty-free tariff preferential scheme for 49 Least Developed Countries, which was announced in April 2008, with about 33 African countries benefiting therein.[1]

India has undertaken momentous investment initiatives to strengthen its strategic partnership with Africa. Approved cumulative investments from India to Africa amounted to US$ 54 billion during April 1996 to March 2016 investment year.[2]

The progress so far made is also attributable to the reciprocal trade relationship established and sustained by both partners.  The Indo-African partnership is based on that sound equity – economic- principle.

The major exporter to India is Nigeria, amounting USD$7659.48 in 2016-17. The estimated value of imports from Nigeria to India stood at US$ 7.7 billion in March 2017, making it the top import source for India. Nigeria accounts for about 26% of India’s total imports. It is followed by South Africa with USD$5813.53 and Angola with USD2596.49 in the 2016-2017 trade and investment year.[3] The other exporting African countries together account for about 40% of India’s total imports from Africa.[4]

The relationship between India and African countries is regulated by India-Africa Trade Agreements.[6] It is separately entered Trade Agreements between the contracting nations. There is no single trade document between India as a country and the entire African as a continent. The Agreement generally expressed the desires of the contracting parties to expand trade, economic cooperation and joint venture between themselves. The relationship is mutually beneficial to both parties. Admittedly, India exports more to African and imports less. African countries import many finished products from India and export a handful of their raw products to India. For instance, while the Indian exports include manufactured goods, machinery, transportation equipment, food, and pharmaceutical products, automobiles, telecoms, India’s imports from Africa are still dominated by crude oil, petroleum, gold, and inorganic chemical products, reflecting India’s high demand for energy resources. This is due to the fact that India is more developed and industrialised than most African countries. India produces and exports more finished products to African countries and imports few unfinished materials.

Furthermore, India imports from Africa include crude oil from Algeria, Angola, Cameroon, Congo, Egypt, Equatorial Guinea, Kenya, Gabon, Ivory Coast, Libya, Nigeria and Sudan. Apart from oil, India also sought for edible fruits and nuts especially cashew nuts from West African countries. India also imports raw cotton, gold, precious stones from African countries. From South Africa, India imports gold and coal, iron, steel, inorganic chemicals and mineral ores. North Africa supplies India with inorganic chemicals, fertilizers as well as mineral fuel. From the East and Central Africa, India imports iron and steel, vegetables, edible nuts, coffee, inorganic chemicals, coffee and crude oil Insecurity, corruption, economic and political instabilities are the major setbacks bedevilling both partners. Some of the export products, items and commodities between the partners are not eco-friendly. There are proven cases of substandard, adulterated and unwholesome products that have found their ways into the markets of both partners. For instance, India’s economic inroads into Africa cannot be separated from controversy over some of its deals such as its oil exploration contract with Sudan and trade agreements with Zimbabwe[7]

It is also challenging that there is no equal bargaining powers between India and African countries in their respective trading partnership.

As partners in progress, Indo-Africa partners should jointly work to overcome their common limitations and consolidate on their mutual achievements. Closer but mutual bilateral ties should be harnessed for the benefit of both stakeholders. The relationship will be more meaningful and gainful if India assists African countries overcome its enormous challenges.

The author is an LL.M candidate at the University of Delhi. Views expressed here are personal.

[5] Please see Department of Commerce, Ministry of Commerce and Industry, Government of India, available at http://commerce.gov.in/index.aspx (visited on 16.10.2017).

[6] “India-Africa Trade Agreement”, Department of Commerce, Ministry of Commerce and Industry, Government of India, available at http://commerce.gov.in/PageContent.aspx?Id=42 (visited on 16.10.2017)