Home   The Quartet: US, China, India and Pakistan Nuclear Dynamics

The Quartet: US, China, India and Pakistan Nuclear Dynamics 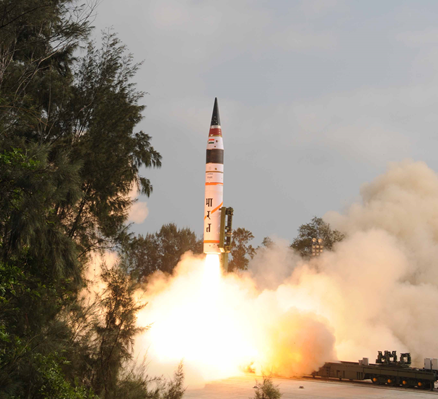 China, India and Pakistan are nuclear weapon states with growing nuclear arsenals. Each of these states is pursuing a national strategy that includes a major role for nuclear and other advanced weaponry. These national strategies are based on an assessment of each nation state’s vulnerabilities vis-à-vis their perceived adversaries.

China, India and Pakistan have sought to address their vulnerabilities in various ways which includes both military and non-military approaches. A military component of such a strategy may require the deployment of nuclear weapons.

Though one can make certain inferences about these strategies from the posture and signals being sent out by the respective countries there has so far been no attempt by the parties concerned to reach a common understanding on the role of nuclear weapons in deterring conflict between them.

In addition to this lack of common understanding the situation on the ground is fraught with a large number of uncertainties. These include uncertainties related to weapon performance, organizational and institutional capabilities, intentions, strategies and doctrines. As a consequence the postures adopted by them and the signals that are being exchanged between them are confusing and liable to misinterpretation.

The use of space based assets for waging war has also seen major shifts in technologies and capabilities. Space may become a contested domain in case of conflicts between major powers and this brings in additional dimensions to be factored in looking at the changing role of nuclear and other kinds of advanced weapons in deterring war and conflict between countries.

With the developments in technology and improvements in the capabilities of delivery vehicles like missiles, the clear separation between nuclear and non-nuclear weapons and their strategies of deployment seem to have moved away from the extremes of nuclear war and nuclear deterrence towards a more complex strategy of deterring war and conflict.

A clear way China is doing this is by way of the fact that Chinese short and longer range missiles can carry both nuclear and conventional warheads. Through the creation of ambiguity in the nuclear or non-nuclear use of such weapons, China is attempting to raise the US threshold for fighting a conventional war and thus hopes to deter the US from intervening in a Taiwan conflict.

One of the major Chinese objectives in the long term is to prevent any future US intervention in a future Taiwan Straits crisis. As part of a strategy to achieve this objective, China has been strengthening its conventional forces as a part of its Anti-Access / Area Denial (A2AD) strategy. The development and operationalisation of its Anti-ship Ballistic Missile (ASBM) system that will deter active US intervention in a conflict over Taiwan is a key element of Beijing’s strategy. Chinese space assets, its strong missile design capabilities along with ground based sensing and command and control capabilities, have been integrated in a new architecture that will raise the risks for American involvement in a future conflict over Taiwan.

Pakistan’s nuclear weapons and strategy are India-centric. In the nuclear weapon and missile domains, it is trying to change the terms of its engagement with India from a strategic nuclear weapons game into a more conventional war-deterrence game.

In recent years, Pakistan has focussed on the plutonium route to stockpile its fissile material. This has been in its focus on building Khushab reactors. In addition Islamabad has been developing cruise missiles like Babur and Ra’ad and the Nasr battlefield missile that it claims can carry a nuclear warhead. Pakistani signals of possible use of the Nasr in a land war with India are clear indications of a shift away from a simple nuclear deterrence strategy towards a more complex conflict or war deterring strategy. Such a strategy uses the threat of nuclear escalation to deter India. Importantly, following such a strategy provides Pakistan the space for continuing its support to jehadi terrorist groups with a low probability of escalatory response from India.

To understand the trilateral nuclear dynamic between China, India and Pakistan, it is important to take into account the larger US-China dynamic which is the overall driver for many of these developments. India’s geo-political situation is quite unique. In China and Pakistan, it shares borders and a troubled history with two nuclear armed neighbours. With continued modernisation of its missile and submarine based delivery platforms, China arguably the world’s fastest growing nuclear force. Pakistan on the other hand is home to the fastest growing nuclear stockpile in the world today.

In the background of continued Sino-Pak alliance, the above developments pose an important security challenge for India and for the peace and stability in the region as a whole. It is therefore important that there should be efforts to alleviate the situation where there is currently a lack of common understanding on the role of nuclear weapons in the three countries. Such an effort will go a long way in reducing misperceptions and the resultant risk of conflict in the region.

Dr. Arun Vishwanathan is an Assistant Professor in the International Strategic and Security Studies Programme, National Institute of Advanced Studies, Bangalore. He can be reached at arun_summerhill[at]yahoo[dot]com. He tweets @ArunVish_ Views are personal.