Myanmar has faced Western embargo due to its military rule. However, with the advent of democracy and the lifting up of the embargo, it is attracting substantive foreign investments. Energy sector is critical for Myanmar’s growth. In fact, the contribution of energy and mining sector to GDP is set to expand to $21.7 billion by 2030.

Myanmar has an estimated proven gas reserves of 10 trillion cubic feet and oil reserves of $50 million barrels and is the tenth largest producer of natural gas globally. Its strategic location and stock of natural resources make rising powers such as India and China eager to engage Myanmar.

India enjoys proximity to Myanmar with its north-eastern states, namely, Arunachal Pradesh, Nagaland, Manipur and Mizoram sharing a 1640 km border. Though, the balance of trade and investment is tilted towards China. According to DICA, Myanmar received highest FDI inflows from China, 26% amounting to US$ 15418.363 million as compared to a meager 1.24%, from Indian side equivalent to US$ 730.64 million.

Foreign Investments were mainly in the energy sector with oil and gas accounting for 33.76% followed by the power at 33.30%. Myanmar is poised to play an instrumental role in meeting energy demands of the region. According to political analyst Christopher ‘O’ Hara, “China wants what Myanmar has – Indian Ocean access and natural resource to support its rise.” 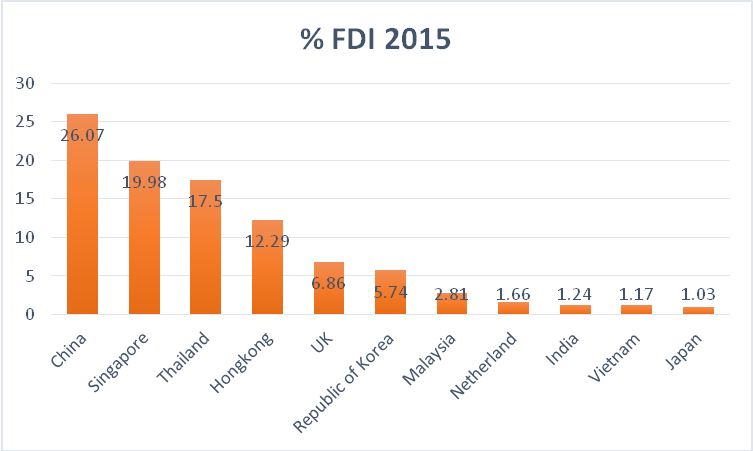 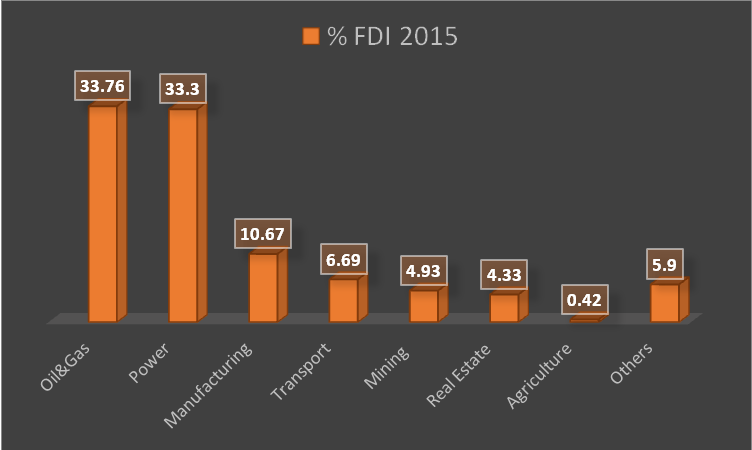 China has outperformed India’s energy diplomacy in Myanmar. The recent operationalization of 2400 km pipeline to transfer oil from Maday Island testifies that. It not only bypasses Malacca straits but also shortens the distance by 700 miles.

Parallel to this lies another pipeline transferring methane from Shwe gas fields in Kayakpyu to China. The pipeline has already transferred 4 bcm of methane to China. Though, it is a joint venture of China, South Korea, Myanmar, and India, China and South Korea holds 76 % stake relegating others to mute spectator. 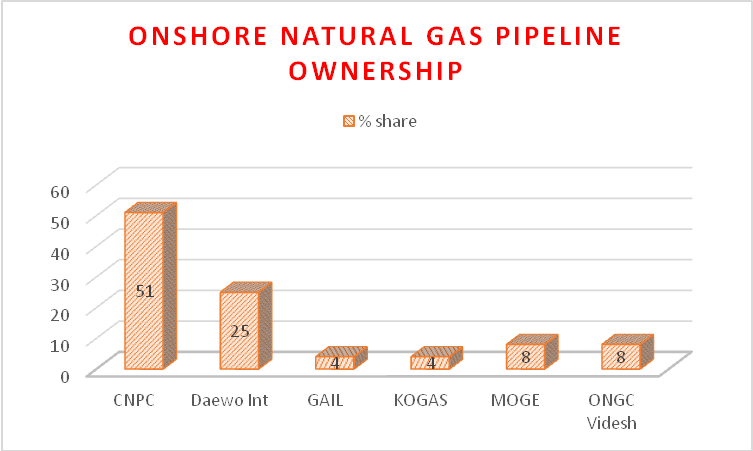 In 2009, Myanmar withdrew India’s status as a preferential buyer on the A1 and A3 blocks of its offshore natural gas fields. Indian investments in Shwe offshore gas fields haven’t helped, as it has been unable to operationalize any viable importing mechanism.

Initial setbacks didn’t shelve India from engaging with Myanmar. Indo-Burmese trade has seen a rapid increase from US $ 15.41 million in 2005 to US $ 48.63 million in 2013-14. However, things are easier said than done in diplomacy. While, India is warming up with Myanmar, it is no match for Sino-Burmese, trade of US $ 7.237billion.

The Way Forward for India: Challenges and Opportunity

PM Modi’s mantra of three P’s, i.e., Path-breaking, Proactive and Pragmatic diplomacy, if implemented in spirit could pitch India, as a formidable force in Burma. The JCC, i.e., Joint Consultative Commission held in New Delhi on July, 2015 and US$ 500 million line of credit to Myanmar for development priorities, marks proactive Indian engagement.

To maintain the momentum, India needs to address the infrastructure deficit in its north-eastern states. The motor vehicles agreement for seamless movement of passenger, personnel and cargo vehicular traffic among the four BBIN countries needs to be expanded to Burma. Since, Myanmar is the gateway to ASEAN; it is to be regarded as a fulcrum of all connectivity projects.

The present government has acknowledged the importance of connectivity and wheels are indeed turning. The Indian government recently approved revised cost estimate of Rs. 29 billion for Kaladan multi-modal project and aimed to complete it by 2016.  This port could be used for onshore transportation of LNG, which might be then processed in floating terminals which are about to dot east coast ranging from Kakinada port in Andhra to Kamarjar in Tamil Nadu.

The proposed Moreh – Mae Sot road, as a part of the trilateral highway project, is yet to realize its full potential owing to the glacial pace of construction. India needs to match words with action.

The shedding of India’s ambivalence towards Chinese connectivity project is to be welcomed as this could help in the establishment of a co-operative zone in BCIM[1] region. BCIM corridor would enhance India’s economic and geopolitical clout in the region.

The recent decision (though for a day) to reopen Stilwell road which links Ledo (Assam) to Kunming (China), to allow Chinese participants of the third Assam International Agri-Horti show 2016 in Guwahati needs to be upheld, and efforts should be initiated to upgrade it into an all-weather road.

India needs to renegotiate modalities regarding MIB (Myanmar-India-Bangladesh) pipeline with Bangladesh. With claims of Bangladesh having huge gas reserves been proven otherwise, the geopolitical realities of 2005 have changed drastically. Bangladesh, today, is marred by chronic undersupply and might consider importing gas. The pro-India Awami League government in power and the recent signing of the Land Boundary Agreement between the two countries makes the moment opportune for pipeline negotiations.

Recent clashes in Kokang along Chinese-Burmese border have complicated the Sino-Burmese relationship. There is a concern among a section of policy makers about Beijing’s hegemonic design. Thus, Myanmar is in search of a leveraging point. India could offer Burma multiple vantage points through soft power cooperation, in collaboration with Japan and USA.

India could consider joint bidding with China as far as oil and gas reserves are concerned. The third Indo-China Economic Strategic Dialogue held in 2014, stresses for greater cooperation between both these Asian giants in the field of energy. There have been examples in recent past (2012) like MoU between ONGC[2] and CNPC[3] to strengthen E&P (exploration and production) in Burma, Sudan and Syria. The pipeline from Burma to South-West of China further demonstrates Indo-China cooperation.

India should emphasize on generating consensus among all stakeholders rather than brute resource mongering. It should vouch for a mechanism which provides adequate compensation along with the provision of job quotas for the local population leading to employment generation in the impoverished region. This could be done by recruiting those affected in law enforcement agencies; thereby ensuring stakeholders’ participation in securing the international investment.

India’s engagement with its eastern neighbors must entail cooperation; it should accentuate on trust building, making trade and connectivity a symbol of solidarity rather than anxiety.

Paras Ratna is student at the Tata Institute of Social Sciences (TISS). The views expressed here are personal.