The following article is based on a speech given by Amrita Jash at the Young Scholars’ Forum on August 19, 2016. 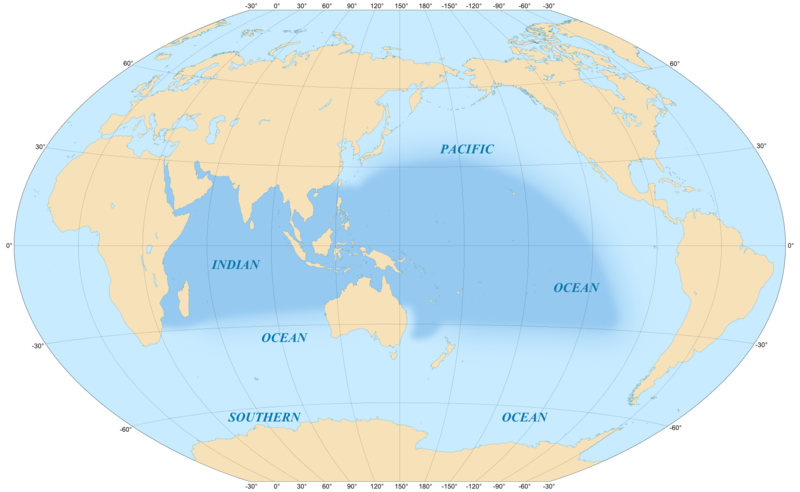 With the turn of the century, global politics has undergone strategic shifts, wherein the most significant changes are witnessed in the maritime security domain. The strategic focus has shifted from the Pacific-Atlantic to that of Pacific-Indian Ocean. This is mainly driven by factors such as the rise of China, the rise of India’s economic and strategic clout as well as the growing importance of Indian Ocean. This has led to the emergence of the concept of “Indo-Pacific” in the 21st-century global politics.

The new discourse of “Indo-Pacific” has broadened the scope and contours of the existing Asia-Pacific matrix. That is, Indo-Pacific has become the new way to look at maritime Asia, where the geographical extension covers the Eastern Coast of Africa, through the Indian Ocean and Western Pacific Ocean. What makes Indo-Pacific an active regional construct is the competitive and convergent security interests of actors such as Australia, China, India, Japan and the United States – who are the central actors in the region. Further adding to the primacy of the region is the growing importance of the Indian Ocean as a geopolitical and geo-economic nerve centre. To say so, as the Indian Ocean has significantly replaced the Atlantic and has become the globe’s busiest and most strategically significant trade corridor, carrying almost two-thirds of global oil shipments and a third of bulk cargo.

The increasing importance of Indo-Pacific is evident in the strategic equations, most importantly, China’s “Maritime Silk Road”, India’s “Act East Policy”, United States’ “Rebalance/Pivot to Asia” and Japan’s idea of “Confluence of the Two Seas”- all aimed at playing a proactive role in the Indo-Pacific region. In doing so, the competing policy frameworks at play are: The Trans-Pacific Partnership (TPP), The Trans-Atlantic Trade and Investment Partnership (TTIP), China’s “One Belt, One Road” Initiative (OBOR), Asian Infrastructure Investment Bank (AIIB); India’s Act East from Look East Policy, and others.

The Indo-Pacific region has become the centre of 21st-century geopolitics, wherein the regional and external powers are actively competing and collaborating with one another to counter and expand their own and others’ influences.

Given the systemic changes in the international order, one of the key factors that have bolstered this strategic shift is the “rise of China”, wherein both economic and strategic interests of China is getting extended; as well as there is an urge to increase the Chinese presence across the seas in south and west. This has been one of the key driving forces behind the new Indo-Pacific security architecture, where China acts as both the influencer as well as the architect. China’s expanding footprints in the Indian Ocean and its increasing military posture in the Indo-Pacific region has resulted in security challenges in the region. The primary challenge faced in Indo-Pacific is that of the security of the Sea Lanes of Communications (SLOCS). This has raised significant concerns for other major regional players such as India, Japan, and the United States.

The strategic concerns are mainly driven by the economic and energy interests of the countries at play. To say so, more than 40 percent of the global seaborne trade passes through the Strait of Malacca; around 15.5 million barrels of global oil trade passes through the Gulf of Hormuz; and 11 million barrels of oil pass through Malacca and Singapore straits. These strategic interests make the SLOC security a vital need as China’s assertive posture such as in the case of South China Sea impose significant obstacles. In this scenario, the security challenges faced by India, Japan, and the United States vis-a-vis China in the Indo-Pacific region are three-fold: the importance of international law and peaceful settlement of disputes; freedom of navigation and over-flight; and unimpeded lawful commerce, including in the South China Sea.

The security concerns have prompted new security partnerships among the major countries. In reorienting their strategic framework, India, Japan, and the United States have adopted a “Trilateral Partnership” between the three countries given their convergence of interests in the Indo-Pacific security architecture. Faced with the common China challenge, the central goal is to work together to maintain maritime security through greater collaboration based on shared support for peace, democracy, prosperity, and a rules-based international order. The US-India-Japan Trilateral Dialogue has become one of the significant partnerships with a dimension to act as a strong countervailing force against China’s growing clout in the Indo-Pacific region. One of the key facets that significantly justify this trilateral calculation is the 2015 “India-Japan-US Trilateral Malabar Naval Exercise”- a symbolic and significant measure to combat the China challenge. The essence of this partnership lies in integrating it into the Indo-Pacific security architecture.

All these factors are constructively shaping the contours of the Indo-Pacific region, which has emerged as the nerve centre of 21st-century global politics. China is one of the key factors that have catalyzed the broadening of the existing Asia-Pacific architecture. In this regard, the strategic partnership between India, Japan, and the United States acts as the key counter-balancing force against China in the region. Therefore, the strategic shifts in global politics along with China’s rise are significantly changing the security and strategic policy dimensions of the global order.

The author is a Doctoral Candidate in Chinese Studies at the Centre for East Asian Studies, School of International Studies, Jawaharlal Nehru University, New Delhi, India. She is also the Editor-in-Chief at IndraStra Global, New York. She can be reached at: @amritajash. Views expressed are personal.