The following article is based on a speech given by Ishita Gupta at the Young Scholars’ Forum on August 3, 2017. 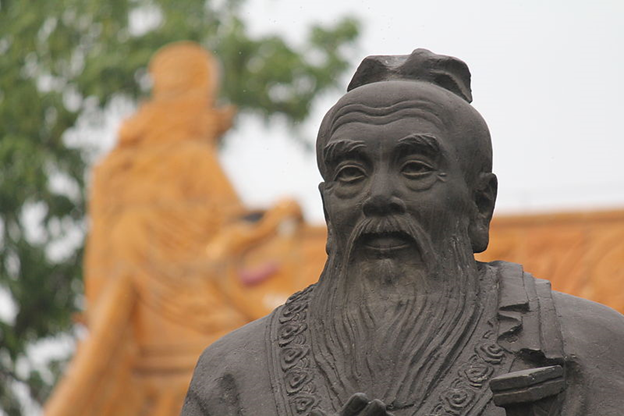 Values represent the countries’ “legal, philosophical and moral basis.” It is the values that encourage or discourage countries to implement certain/individual domestic and foreign policies. However, countries, at times, for their benefits do not compile with the values and work against it. In this article, I would like to highlight the Asian values, specifically Chinese Values and how they differ from the Western Values. The world’s 60% population resides in Asia, leading to immense diversity. Therefore, Asian values are a mixture of several value systems, that is, Buddhism, Hinduism, Confucian, etc. In this article, I will be arguing for Confucian and Buddhism, which have the most significant impact on China’s foreign policies values.

Buddhism has started around 2500 years ago in India and was later spread into other Asian regions. Further, Confucian is one of the major values system followed by the Chinese government. It is “often seen as a system of ethical and social philosophy.” Under Han emperor Wu, Confucian became a state ideology. It is a conservative ideology and talks about family values and loyalty to the state. However, the western value systems are very different from these Asian value systems.

The first major difference is of freedom of right. In the western ideology, freedom of an individual is celebrated, and it is given extreme importance. Individual rights and individuality is the centre of western ideas; however, in Asian values, communities have rights. Working groups are celebrated and are given economic freedom. For example, the western countries believe in liberalism and freedom to live their life accordingly to themselves, minimum state inference in their activities, i.e., eating, clothes, etc. On the contrary, the Chinese government does not allow for liberalisation or freedom of rights and only believes in community rights. However, there are countries, i.e., India and Bangladesh, in Asia that have a democratic institution and have individual rights and follow a liberal approach. In addition, the governments of Asian countries like China and South Korea, give only economic rights to their citizens in order to promote economic progress.

The second difference is of tolerance. Western values encourage tolerance while it is believed that Asian values do not believe in tolerance. However, emperor Ashoka, in his edicts and Akbar, had promoted tolerance; they have argued for universal love and compassion. The Western values have encouraged tolerance as they have talked widely on tolerance and equality. However, the Greeks have argued that the English men are higher than the others. Additionally, Europe is divided into countries based on linguistic while India which is a diverse country is still united. Therefore, tolerance has mixed opinions in both Western and Asian values.

Thirdly, another notable difference is the emphasis given to the inner and outer self in these value systems. In the Western ideology, the outer is given more attention that inner as it talks about the role of the individual in a community. The rights and freedom of an individual in a community are celebrated in the Western ideas. However, the Asian value system emphasises the inner self; attaining freedom from all emotions and inner freedom. Buddhism talks extensively on attaining/achieving moksha.

China: Intersection of Political and Traditional

China is a republic and socialist country with a single party rule that believes in communism. Confucian values emphasis on loyalty to the state and to the family. The Chinese government, through Confucian want to and have inculcated a strong sense of nationalism in the citizens. The Chinese government does not believe in individualism and liberalism, however, lays importance to community rights. Therefore, the Chinese government lays strong emphasis on the following or arguing to follow Confucian and Buddhism. Confucian also helps it support and foster its authoritative government. In addition, these value systems also help China to gain more economic power. China wants to become the guardian of Buddhism it allows them to have a soft image in a world. It is also helping them to push for economic and infrastructural projects in Myanmar, Sri Lanka, Nepal and elsewhere.

China’s foreign policy is also highly/profoundly influenced by these Asian values. China’s argues that its foreign policy is based on– Hexie (harmony), peace, multipolar, wisdom, honesty, etc. The recent initiative taken by China to unite all the Asian, African and European countries is “One Belt One Road” (OBOR). However, in many other instances, China has proved to go against its values system. Therefore, it can be argued that the Chinese government promotes certain values and systems which benefits them.

Ishita Gupta is a student of Economics and International Relations at Ashoka University. Views expressed here are personal.