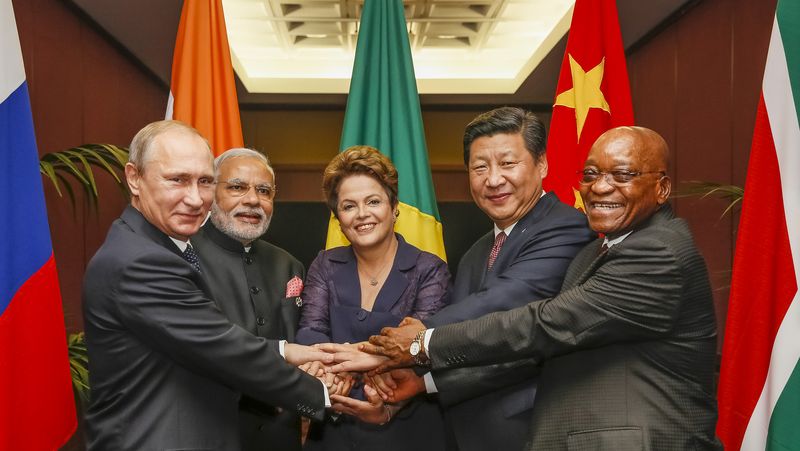 The global financial architecture is at a turning point. In July 2014, just a few days before the seventieth anniversary of the Bretton Woods Conference1 which laid the foundation of the international financial architecture post world war II, the five BRICS (Brazil, Russia, India, China and South Africa) countries formally agreed to set up a new multilateral development bank (MDB) called the New Development Bank (NDB) and a related Contingent Reserve Arrangement (CRA).2

Later, in October 2014, China formally announced the establishment of the Asian Infrastructure Investment Bank (AIIB) which gathered much support internationally, with three out of five permanent members of the UN Security Council (China, UK and France) and four out of seven G7 members (UK, France, Germany and Italy) agreeing to join it. The stated intent behind the establishment of the NDB with an initial capital base of USD 50 billion and the AIIB with the capital base of USD 100 billion was to solve the pressing problem of the deficit infrastructure in the Asia.

It is well known that Asian economies badly need to develop their infrastructure. As per the Asian Development Bank (ADB), Asia needs to invest more than USD 1 trillion annually over the next five years to meet its infrastructure requirements3. HSBC has estimated that infrastructure development in the region will require USD11 trillion between 2015 and 2030.4   The combined annual boost to Asia’s infrastructure from the World Bank and the Japan led ADB amounts to USD 20 billion. Thus, the new institutions can complement the existing institutions in bridging some of this gap.  The new banks will also help in channelizing the savings of emerging economies towards infrastructure development. For example, China which has a currency reserve worth USD 4 trillion wants to find more sustainable and tangible opportunities to invest its huge foreign exchange cache.5

A major impetus for the emergence of these new institutions has also come from the slow pace of reforms in the Bretton Woods institutions. The governance structures of the existing institutions have not undergone much change despite the massive shift in the global economic landscape.  The BRICS countries that contribute to more than 25% of the world GDP, command only 10.3% of the votes in the IMF. Meanwhile, the four large European countries (France, Germany, Italy, and United Kingdom) comprise 13.4% of the world GDP but enjoy 17.6% voting rights in the IMF. In addition to this, as it has been the case since their establishment, the World Bank president still comes from the US and the IMF managing director from Europe reflecting the western hegemony on the governance structure of global finance institutions. These new initiatives will not only provide the emerging nations a platform to establish themselves in the political economy on their own terms and conditions, but might also act as a catalyst of reforms in the existing MDBs to overcome their governance and organizational obstacles.

While the creation of the new institutions seems to be a positive step for global development finance, they might not be able to completely alter the global financial landscape in the next few months primarily because of the capital constraints. The NDB and AIIB have a combined capital base of USD 150 billion vis-à-vis USD 160 billion of ADB and USD 223 billion of World Bank. Apart from this, the establishment of these institutions entails a few risks as well.

First, U.S. and Japan have not joined these institutions because the new institutions are seen as rivals of U.S. led World Bank and Japan led ADB. With these two countries not joining, it will lower the credit rating of these banks making it more expensive for them to raise funds.

Third, “China’s voting power in AIIB at 26.06% is slightly larger than the 25 percent needed to block any decisions requiring a super majority vote (a super majority is defined by the articles to be three-fourths of the voting power and two-thirds of the members)”.6 China’s veto power over super majority decisions is a key governance characteristic which gives China the power to influence decisions as it wishes and puts it in a similar position as the U.S. in the context of World Bank.

Fourth, with no single country driving the agenda of the NDB, unlike the China- led AIIB, there is a floating concern that the NDB may lose its essence in the long run. The differences between the five (equal) shareholders might also make its process slow.

Fifth, the Articles of Agreement (AoA) of the AIIB allow non-sovereign membership in the bank, which is a departure from the traditional MDB model. This could result in private entities becoming members of the bank and contradict the non- profit model of the existing development banks.7

Despite the aforementioned limitations and risks, the NDB and AIIB have the potential to become an important source of addressing the infrastructure financing needs of developing countries. To achieve that, it is important that they focus on their initial vision of infrastructure development, build on accumulated experience of existing institutions and ensure that established due diligence, safeguard and governance standards are maintained.8

Purva Singh works as a Research Assistant at the ICRIER, New Delhi. Views are personal

ICRIER does not take specific policy positions; accordingly, all views, positions, and conclusions expressed here should be understood to be solely those of the author(s)