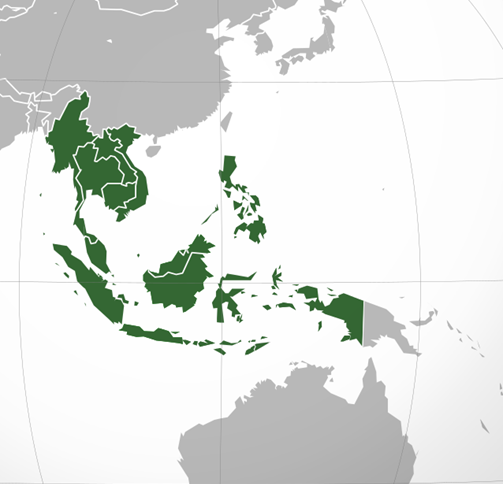 It all started or started getting attention (more than less) back in 1975, when an economist named William Nordhaus put forward the intuitive figure of 2°C as the limit for temperature rise, popularly known as “a first intuition”, which gave the world its possible new normal (acceptable limit of increase inhabitable temperature). This intuition becomes the basis of various scientific studies across the globe later on. It was validated and re-affirmed after the various scientific communities/institutions across the globe had built consensus towards limiting the mean globe temperature to less than 2°C as a step towards accepting this as the possible new normal.

To achieve this, the greenhouse gasses (GHGs) emission is expected to be reduced across the planet. Expectation to reduce GHGs emission is more from developing economies, such as India, China, etc., with the understanding that developed economies (as they have already emitted larger amount during their peak development phase) will support them on issues related to financial needs, technology development, and deployment, etc. Agreement towards the principle of “Common but Differentiated Responsibility” (CBDR) as the cornerstones of sustainable development (neutralizing the discussion around equity and fair contribution), the proposed undertaking has been termed as Intended Nationally Determined Contributions (INDC).

The INDCs submitted by various governments (majorly G-20) just before the 21st session of the Conference of Parties (COP) of United Nations Framework Convention on Climate Change (UNFCCC), to be held in Paris in December seems insufficient to limit the global temperature rise to 2°C by 2100. Instead, it is predicted to rise to around 2.7°C. To alleviate the climate change impacts it is imperative to realize the 2°C target. Apparently, governments significantly need to revise the INDCs they have submitted as to reduce global emissions gaps (in addition to what is committed) further of 11–13 GtCO2-eq and 15–17 GtCO2-eq by 2025 and 2030 respectively.[i]

According to the 4th Assessment Report of the Intergovernmental Panel on Climate Change (IPCC), most South-East Asian economies, including Indonesia, Thailand, Malaysia, and Cambodia are expected to be seriously affected by the adverse impacts of climate change, as most of these economies are heavily relying on agriculture and natural resources. It will impact the health, livelihood, infrastructure, agriculture, etc., and increased pressure on natural resources. Some major reasons are indicated below:

Many areas in these regions have already experienced +2oC of temperature rise, this along with the inherent nature of being prone to climate extremes and large coastal areas make South-East Asia an epicenter for climate change impacts. Maintaining the sustainable economic development – from growing demand, diminishing supplies, and mounting interest in sustainability, i.e., realizing the goals by adopting financially sustainable transition pathways (being efficient while achieving sustainable development goals) would be additional challenges associated with these economies.

Climate resilience could be possibly built up by transforming challenges posed into probable opportunities. Having large coastline no doubt makes South-East Asian regions vulnerable to climate change impacts, but the same could be seen as an opportunity to explore and to generate alternate, clean, and renewable energy resources. Apart from the initiatives in the field of energy efficiency, solar energy, wind energy, etc., to reduce carbon emissions from the conventional fossil-based sources of energy; nations, especially of South-East Asian region, must explore the potential of algal biomass (macro- and microalgae) production as efficient utilization strategy for the large coastlines.

To assess the potential of alternatives such as this, one would ask for some basis to have belief in it and the fact that up to 50% (wt/wt) oil (combustible and fuel grade) could be easily obtained from the microalgae using various technologies (e.g., pyrolysis, etc.) in integration with one another would strengthen belief in this. Macro-algae has its advantages as it can be produced in larger quantities in less time and many institutions of global excellence are working towards the efficient conversion technologies (e.g., gasification, pyrolysis, etc.) of such promising biomass to energy.

Featured advantages of algal biomass are as follows:

Increasing the potential of crop yields in selected countries for the global mean temperature of up to +1.5oC has been mentioned in some reports, but that is the entire positive thing which recent temperature rising trends can do for sustainability of mankind. Concepts such as smart agriculture must be considered while planning towards adaptive capacity, measures, and strategies.

Smart agriculture means crops adaptable to changing temperature pattern without many tradeoffs from the yield and production. Agricultural practices in unison with renewable technologies, biochar driven soil amendment, crop adaptability using biofertilizer, mycorrhizal fungi, etc. and the effect of extreme climatic conditions like water shortage can all be abated considering such measures.

With changing climatic conditions, sustainable and compatible agricultural practices need to be adapted.  Such adaptation requires building adaptive capacity and taking technical and non-technical measures in climate-sensitive sectors. The same could be achieved by prioritizing drought and saline-resistant crops, efficient irrigation techniques, water conservation technologies, improved farming systems/practices, etc. Since many of the Southeast Asian nations are still developing, this provides scope and allows them to re-orient their development strategies so that climate change impact, mitigation, and adaptation could be factored into their economic development planning process to build on efforts already underway.

I may be biased towards highlighting the solutions that are more or less related to biomass and biomass-derived products, having said that biomass is one of the few carbon neutral options with great potential and promise. There is a need to plan and strategize the efficient utilization of these resources, although it is true for almost all the natural resources a nation has.

Larger population under the influence of poverty and lower living standards is a challenge; technology being a powerful tool can simultaneously address these challenges along with climate change issues and development needs.