Home   Making Sense of China’s “One Belt, One Road” Initiative

Making Sense of China’s “One Belt, One Road” Initiative

The following article is based on a speech given by Dr. Rahul Mishra at the Young Scholars’ Forum on June 24, 2016. 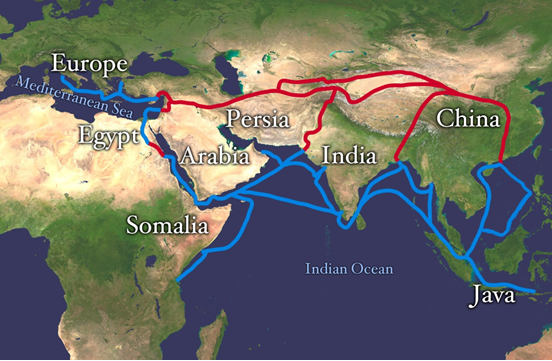 The One Belt, One Road (OBOR) initiative, formulated by China, has been hailed as one of the most significant Chinese proposals given at the international platform in decades. The OBOR or the Belt and Road Initiative (BRI) has two components: the land component and the maritime component. The land component is called as the Silk Road Economic Belt, which the Chinese President Xi Jinping launched in September 2013 in Kazakhstan. Through Silk Road Economic Belt, China aims to achieve the cross-connectivity with the entire Eurasian landscape through rail and road links. There are six corridors that China seeks to develop with the Silk Road Fund along the Silk Road Economic Belt. These include: China-Mongolia-Russia; China-Central Asia-West Asia; the China-Indochina peninsula. These major corridors are supported by two adjunct corridors which have been in the news for quite some time – the China-Pakistan Economic Corridor; and, Bangladesh-China-India-Myanmar.

So far as the 21st Century Maritime Silk Road is concerned, the objective of the Chinese leadership is to connect with the ports across Southeast Asia going through South Asia and Indian Ocean littoral states, and reaching up to the East Coast of Africa. It has already been witnessed that China has signed a number of agreements with countries such as Thailand, Djibouti, Maldives and Mauritius. So the Maritime Silk Road initiative is about seamless maritime connectivity across the ports. The Maritime Silk Road was proposed in October 2013, in Indonesia, when President Xi Jinping announced it in the Indonesian parliament.

The OBOR initiative involves as many as 60 countries with a possible total trade turnover of US$ 2.1 trillion and at least half-the-population of the world. So, no matter how incomplete the idea looks, it is clearly one of the biggest ideas that China has come up with.

China has been facing the problem of underdevelopment in its western provinces- there has been lopsided growth and widening regional disparity between the provinces on the east coast and those falling on the western and south-western side. Therefore, the Chinese government is shifting attention towards the Western provinces. The Silk Road Economic Belt is a part of that strategy. On the eastern side, the objective is to find new markets for China and address the problem of overproduction and surplus capacity. Essentially the point is that it is going through a phase of economic slump and therefore it is crucial for China to find new markets. And one of the ways to address this problem is building more infrastructure and connectivity and reaching out to more countries where China has not reached yet. And look for markets.

Moreover, as the Chinese economy is growing, it is becoming more and more energy dependent. It is said that around 80 percent of its energy supplies come from outside. And with the Central Asian republics and the West Asian region, the idea behind the Silk Road Economic Belt is to lessen the dependence on oil or diversify the sources of supply and increase the share of natural gas in total energy supplies.

As regards the Maritime Silk Road; arguably, one of the main drivers for China is the desire to be seen as a major player in the Indian Ocean. In the past two decades, China’s naval capabilities have gone up by leaps and bounds and China today is not only one of the fastest-growing navies in the world but also has been actively undertaking the Humanitarian Assistance and Disaster Relief (HADR) operations which was seen in the ship hospital, anti-piracy campaign that they have run in the East Coast of Africa. So, the increased naval capabilities and dependence on this route has tempted China to be present in the Indian Ocean region, this, of course, includes the military component. In the case of Djibouti, we have seen that China wants to have the dual use facilities on that port. China’s intention is to have a formidable presence in the Indian Ocean.

However, realising that the OBOR dream is not going to be an easy task for China, there are several challenges facing the OBOR. The most important of them is the China-Pakistan Economic Corridor. A lot of questions have been raised considering the feasibility of the project, considering that Pakistan is infested by radicalism. There are differences on the possible route also. On the Maritime Silk Road, the escalating tensions in the South China Sea are making it difficult for China to reassure several Southeast Asian countries about its intentions.

In summation, it may be said that the landscape of Asia is changing swiftly with the increasing US involvement in the region, Japan’s greater engagement with South and Southeast Asia and India’s rising profile in Asia-Pacific. China’s One Belt One Road initiative should be seen in the context where it wants to not only compete with other major powers of the world for greater influence but also create its own economic, strategic and connectivity networks which situate it in the centre of it all.

The author is a Research Fellow at the Indian Council of World Affairs, New Delhi. Views expressed here are personal.