The following article is based on a speech given by Tridivesh Singh Maini at the Japan Foundation-ICRIER Young Scholars’ Forum on June 24, 2016. 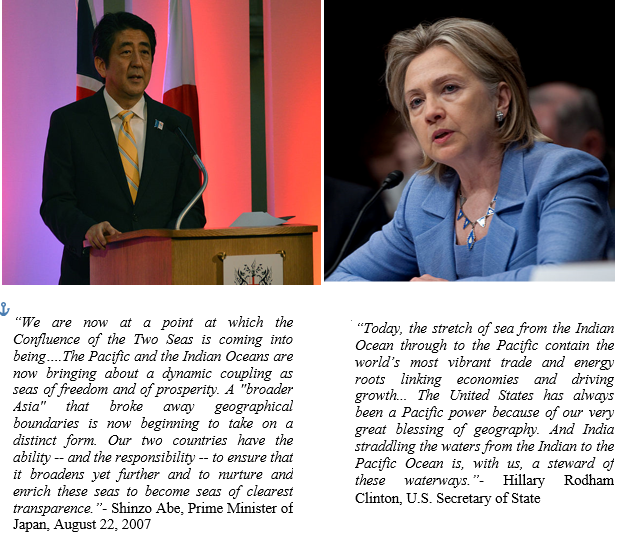 At the 2013 U.S.-India Strategic Dialogue, Secretary John Kerry declared that the United States is “cooperating to realize the potential of the Indo-Pacific Economic Corridor, which can spur development and investment as well as trade and transit between the dynamic economies of South and Southeast Asia.” The Indo-Pacific Economic Corridor which seeks to connect India with South Asia, South East Asia and East Asia through Myanmar is being hailed as the ‘New Silk Road’.

It needs to be examined in the following contexts:

A statement released by the State Department highlighted IPEC as one of the important areas of cooperation between India and US, and fleshed out the US vision for the project: ‘Complementing India’s Enhanced Look East Policy, the United States envisions an Indo-Pacific Economic Corridor that can help bridge South and Southeast Asia – where the Indian and Pacific Oceans converge and where trade has thrived for centuries… The United States is firmly committed to the security and prosperity of the Asian continent, and better connectivity, energy security, and stronger trade and investment links can help realize that objective’

While this project is economically beneficial for South Asia and South East Asia, a number of key obstacles need to be addressed: (1) Apart from improving India’s connectivity with Myanmar through the North-East (India-Myanmar-Thailand Highway) and completion of the Kaladan Project, it is critical that projects like ADB’s Mekong India Economic Corridor are successful. (2) It is not just poor connectivity which has hurt India’s ties with South East Asia, but it is not integrated economically, even though its trade has increased to 70 Billion USD.  In this context, Daniel Twining in a testimony to The House Ways and Means Committee’s Trade Subcommittee made a significant point. Said Twining: ‘Although India is part of Asia’s security architecture, it is not a part of Asia’s economic architecture. This disjuncture makes little sense for a country that sits in the middle of Asia, is an important partner to countries like American and Japan, and has an economy that, according to the OECD, could comprise nearly 20% of global GDP by 2060’. The key issue here is whether domestic pressures will allow India to become part of trading blocs like APEC’.[ii] (3) One of the key questions which is bound to arise grouping will support the initiative – BIMSTEC, SAARC, APEC, ASEAN?  James Wallar in an article titled ‘Indo-Pacific Economic Corridor: Opportunity for U.S., Indian and ASEAN statesmanship’ argues: ‘The East Asia Summit (EAS) would be a natural fit. All major players of the region are members – India, the United States, China, Japan, Korea, Australia, New Zealand, Russia and the ASEAN 10 member states. ASEAN, known for its convening power, chairs the EAS and has established itself as an important regional focal point’.[iii] (5) China-ASEAN trade levels are 5 times that of India’s trade with ASEAN. (6) It is not just India, but even the US which is becoming more inward looking, and there has been opposition to TPP.

Apart from the above issues, the following obstacles to the project need to be seriously addressed: