The following article is based on a speech given by Sankalp Gurjar at the Young Scholars’ Forum on October 11, 2017. 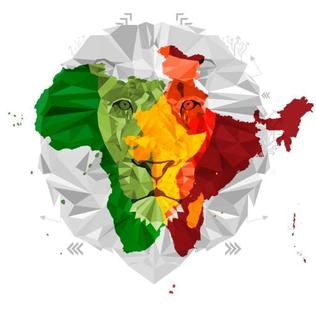 India has traditionally had a close relationship with Africa. It is assumed that India-Africa ties were built during the colonial phase and were strengthened in post-colonial times. It is true that issues like anti-colonial, anti-racial solidarity, New International Economic Order and South-South Co-operation brought India and Africa closer to each other. But eastern and southern parts of the continent were connected by Indian Ocean trade routes to India even before the colonial connection. Indian traders were familiar with the parts of Indian Ocean littoral Africa. This article takes a closer look at India’s engagement with Indian Ocean African littoral states. It primarily includes four littoral states of Kenya, Tanzania, Mozambique and South Africa and four island states of Mauritius, Seychelles, Comoros and Madagascar. Ideally, landlocked states/countries that depend on Indian Ocean ports like Uganda, Rwanda and Zimbabwe should also be considered for the analysis. But given the paucity of time and space, we will restrict our focus.

India’s engagement with these eight states could be analysed by using three frameworks. First is the Indian Ocean regional affairs framework in which security issues dominate the agenda. Regular Indian naval presence near the Somali coast and the Mozambique Channel is a marked feature of the security scenario of the western Indian Ocean. Ensuring maritime security in this part of the world will facilitate trade and energy relationship and hence is a necessary endeavour. The second framework is that of India-Africa Forum Summit (IAFS) framework in which India is engaging with all states of the continent. Recent IAFS (in 2015) saw all 54 African states/nations participating, many of whom at the level of heads of states/governments. The third framework is the bilateral framework where India emerges as a major economic, developmental and investment partner for the African continent.

Indian Ocean littoral African states have participated in the IAFS. Indian Prime Minister has visited six out of eight states in the last three years and has taken the relationship forward. Over the years, India’s relationship with these states is also getting strengthened. In the last fifteen years, India has emerged as a top economic partner for all of these countries. India’s trade with these eight states stands at $ 23 billion, and its one-third of India’s overall trade with Africa. But the trade figures range from $ 11 billion trade with South Africa to $ 40 million with Seychelles. There is a scope for improvement in the trading relationship.

There is a marked diversity in the kind of relationships India has built with these states. South Africa is India’s largest trading partner among these states. It is a regional power in its own right, and hence India engages with it in other forums as well like India, Brazil and South Africa (IBSA) and Brazil, Russia, India, China and South Africa (BRICS). Kenya and Tanzania are important economic partners for India in Africa. India is Kenya’s largest trading partner with bilateral trade standing at $ 4.2 billion, and Tanzania’s 15% trade takes place with India with bilateral trading figures of $3.7 billion. In Mozambique, India has invested $ 2.6 billion in the energy sector, and 25% of India’s total investment in Africa is in Mozambique. Figures of Investment in Mauritius are very high, but given that it is known as a tax haven, it has to be taken with a pinch of salt.

It is interesting to take a look at India’s imports and exports from these countries. India imports raw materials, minerals and agricultural products like fruits and pulses from these states. For example, India’s major imports from South Africa consist of coal, gold and copper. In 2016, India signed an agreement with Mozambique for the supply of pulses to meet the domestic shortfall. India’s exports to these states are mainly finished products like refined petroleum products, pharmaceuticals, vehicles, machinery and consumer goods.

As India’s engagement with these states is getting strengthened, it is necessary to point out some major features regarding these eight states. All these eight states are having democratic governments and have a major role to play in the security affairs of the western Indian Ocean. The cumulative population is 220 million, and their economic growth has averaged 3.5 % in the last decade. These states are embarking on the path of economic development, modernisation and urbanisation. It holds even greater opportunities for Indian companies in future. Trade and investment relationship with all these countries have a potential to go up.

But there is a challenge for India. India is not the only active player in this part of the world. Along with traditional colonial powers like France and Britain, China has emerged as a major trading and investment partner for Africa. China is building major infrastructure projects like railways in Kenya, modernising ports in Kenya and Tanzania. The Chinese constructed a railway in Tanzania in 1970’s to reduce Zambia’s dependence on the ports of apartheid South Africa now stands as an enduring gesture of China-Africa friendship. China is demonstrating its economic and political strength in these countries and is emerging as an important player for regional affairs.

What can India do in the face of Chinese challenge? India’s robust developmental partnership and long-standing political relationship have given India certain advantages in engaging with these states. India’s geographic location makes it a preferred maritime neighbour of these countries. India has its own strengths and weaknesses in Africa and Indian Ocean region. It has to stick to its strength/advantage to maximise opportunities and minimise the weaknesses. For example, half the population in these countries lacks access to electricity. India has proven capabilities to build power plants, and there will be an abundant supply of coal and gas from the region itself. India can maximise this opportunity. Or it can also focus on solar power something that is being tried in Mozambique. India could also emerge as a major partner for African states in sectors like agriculture and food processing. Indian companies could take part in the building of roads and other infrastructure. It need not follow Chinese model. But such projects would be useful for the receiving state.

Now, there is a new synergy emerging in Africa. Japan and India are exploring options to co-operate in Africa and implement certain/particular projects. They have launched an initiative known as ‘Asia Africa Growth Corridor (AAGC)’. AAGC is considered as an alternative to China’s ‘One Belt One Road (OBOR)’. But the concrete project proposals, funding details and other such aspects of this initiative are yet to emerge. Combination of Indian experience, expertise and goodwill with Japanese technological and financial capabilities in Africa may bring about change for better. That will guarantee geostrategic influence for India and Japan and raise living standards in Africa.