India’s concern about the China-Pakistan Economic Corridor (CPEC) violating its territorial sovereignty cannot be dismissed. The CPEC is an ambitious connectivity project starting from Kashgar in China, all the way through Pakistan to Gwadar port on the Arabian Sea. The investment in the CPEC is estimated to be around US $ 50 billion, with energy and infrastructure projects claiming the largest share.

Given the hype regarding the benefits that the CPEC would accrue to the region, a section of Indian foreign policy experts are advocating the need for India to engage with China and Pakistan creatively. The question to engage or not appears to be deceptively simple for India.

“One China policy” must be congruent to “One India policy”, meaning, the chinese must be sensitive to Indian claims.
– Sushma Swaraj (MoEA, India) 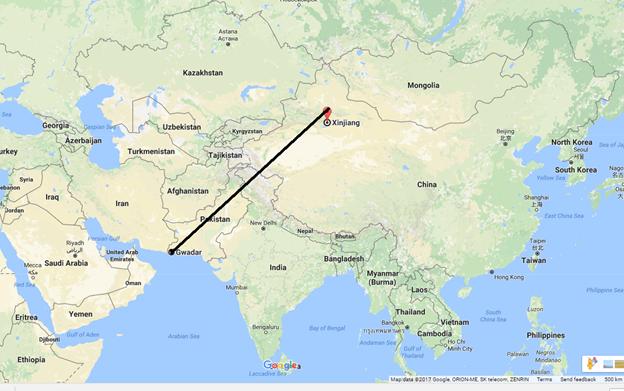 The CPEC is bound to pass through Gilgit-Baltistan. Gilgit-Baltistan belongs to the state of Jammu and Kashmir (J&K). Post-independence, Maharaja Hari Singh signed the instrument of accession and acceded to India. Soon after, on November 2, 1947, Major Brown of Gilgit Scouts, aided by Pakistan rebelled against Hari Singh’s decision and declared accession to Pakistan. The Pakistani army occupied the region and used it as a base. However, hitherto Pakistan, unlike India has failed to produce any instrument of accession. Endorsement of the CPEC, for which India hasn’t even been consulted, will severely undermine its territorial sovereignty and will shake the foundations of Indian diplomacy in the region.

For India, the CPEC has become a two-edged sword – appalling economic logic on one side, and sovereignty on the other. Of late, the idea to prioritise economic relation/cooperation/connectivity over territorial sovereignty appears to be gaining momentum among a section of policy-making circles, with J&K chief minister Mehbooba Mufti being the latest entrant to the club. Amidst the hype surrounding the CPEC, it is pertinent to note that increased connectivity with China need not necessarily be a boon for the engaging country.

In the case of Myanmar, where engagement with China has led to a net flow of resources to Beijing, investments are made mainly in the extractive sector (mostly energy) and have failed to generate sustainable employment at the local level. A look at the chart below makes the point clear. 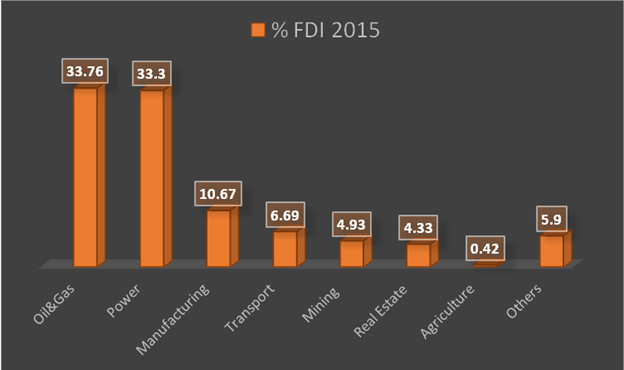 As evident, extractive sectors like energy and infrastructure comprise around more than seventy percent of Chinese investments in Myanmar. This trend has triggered an apprehension in the policy-making corridors of Naypyidaw with regards to engagement with China.

The picture isn’t that rosy for Pakistan either. The balance of China-Pakistan economic relations seems to be tilted in favour for China. The Sino-Pakistan free trade agreement signed in 2006 hasn’t accrued the expected benefits to Pakistan. In fact, the trade deficit has swelled up to $ 6.2 billion in the year 2016. The table below corroborates the point. 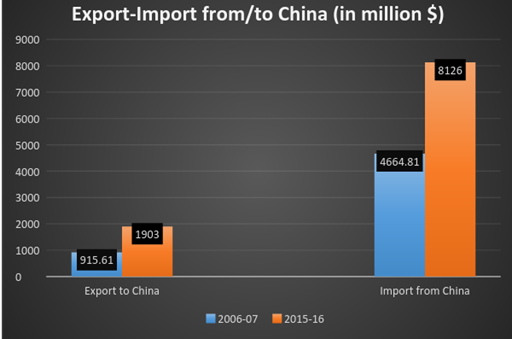 Chinese investment in Pakistan, like Myanmar, has followed the same pattern and is mostly in the extractive sectors of energy and infrastructure. This has the potential to offset further the fragile balance of the sensitive regions, like Baltistan and Baluchistan through which the CPEC is expected to pass. 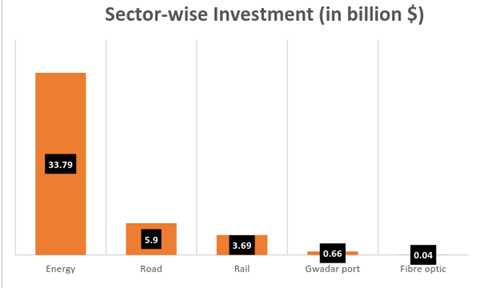 The terms and conditions of Chinese loan to Pakistan on energy infrastructure could exacerbate the current scenario in Pakistan. Chinese banks are going to levy an interest rate of 5-6 percent. Apart from this, Government of Pakistan is obliged to purchase electricity from Chinese firms at the pre-determined rate. It has also pledged sovereign guarantee to Chinese firms. This will escalate the cost of electricity. Pakistan already has the exorbitant consumer rate (12 PKR/Unit-18 PKR/Unit) in the SAARC region.  It will unleash the vicious cycle of ‘circular debt’.

China plans to fund and build two Indus mega-dams at the cost of $27 billion under the aegis of CPEC. The planned capacity is 7100 MW for Bunji Dam and 4500 MW for Bhasha Dam. India doesn’t have a single dam of even one-third of the proposed capacity. These new dam projects in Gilgit-Baltistan could bring Indus Water Treaty (IWT) under immense strain. This has triggered protests in the region as locals view it as an attempt to exploit Gilgit-Baltistan resource for Punjab province. Thus, Chinese protest over issues ranging from Arunachal to joint Indo-Vietnam exploration in the South China Sea appears to be logically inconsistent.

India’s reluctance to join the CPEC at the cost of sovereignty seems well-founded in the light of the above analysis. Besides this, Pakistan and China hold diametrically opposite views vis-à-vis India.

For China, dispute and trade can go side by side, whereas Pakistan is yet to reciprocate to India the award of “most favoured nation”. Could China alter Islamabad’s and more importantly Rawalpindi’s perception of New Delhi? India needs to ponder over these questions before deciding to join the bogey of the CPEC.

As far as cooperation in the region is concerned, India has done well to shed its ambiguity over platforms like the Shanghai Cooperation Organisation (SCO), Bangladesh-China-India-Myanmar (BCIM), etc. where its sovereignty isn’t at stake. India should further propose alternate economic corridors in the region. Given, the resource constraint, it should collaborate with countries like Japan and the US. The Indo-US-Japan ministerial dialogue could serve as an opportune platform for the same.

The launch of vision document on Asia-Africa Growth Corridor (AAGC), with India and Japan as key stakeholder reiterates India’s commitment towards growth and connectivity in the region. It aims to tap vast potential between Africa and Asia for mutual economic growth, peace and prosperity. AAGC further envisages boosting linkages between economies, industries, institutions and people to people contacts in a sustainable and holistic manner.

Given the circumstances. India’s apprehension, shouldn’t be viewed as anti-connectivity corridor but pro-sovereignty. To sum up, the Indian concern is well articulated by the foreign secretary, S.Jaishankar’s statement “China should respect India’s territorial sovereignty as Beijing is ‘very sensitive’ to matters relating to its own sovereignty”. For any transnational economic corridor to succeed, mutual respect for sovereignty is a must. 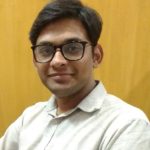 Paras Ratna is a student at the Tata Institute of Social Sciences (TISS). The views expressed here are personal.