Indian Diaspora in Southeast Asia and its Soft Power Dynamics

The following article is based on a speech given by Niranjan C. Oak at the Young Scholars’ Forum on March 23, 2017. 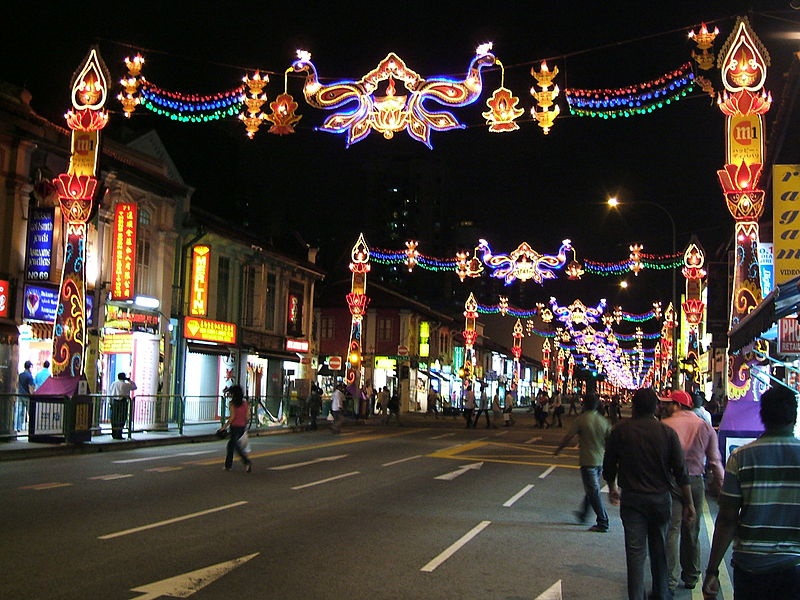 A view of the illuminated Serangoon Road in Little India in Singapore, a week before Diwali. The decorations are for the Hindu Festival of Lights Diwali (a.k.a. Divali or Deepavali) that is celebrated by Hindu communities around the world.

“The diaspora of any country provides a human dimension to the links between two countries.”[1] “They have a unique role in international relations because they find themselves in between two countries, sharing in two cultures, having an emotional investment in two nations, and preserving social connections in two societies.”[2] As the “diaspora” has the capacity to influence a country’s foreign policy without coercion or the use of hard power, it inherently becomes a “soft power” tool in the hands of policy makers. In the case of Southeast Asia, ethnic Indians, as well as the Chinese, have long been an integral part of their societies. These communities have acted as a bridge between the two regions. However, the use of the ‘diaspora’ as a tool of Indian foreign policy is relatively a new phenomenon. This article analyses the status of the Indian diaspora in Southeast Asia and evaluates if it can become a force to reckon with in the Indian foreign policy calculations.

Historically, Southeast Asia has been hugely influenced by both India and China in the realms of art, culture, architecture, court etiquettes, religion and many other things. The region was intertwined with Indian culture to such an extent that Europeans used to refer to it as “Further India”[3] or “East Indies”[4]. Funan (Cambodia), Khmer (Cambodia), Pagan (Myanmar), Champa (Vietnam), Sri Vijaya (Sumatra, Indonesia), Sailendra (Java, Indonesia), Majapahit (Java, Indonesia) were some of the “Indianized”[5] states of Southeast Asia. Thus, Indian civilisation was naturally extended to the territories of present-day Southeast Asia. “Indian culture was welcome in Southeast Asia because it came without political strings”.[6] Moreover, these kingdoms remained politically independent of Indian kingdoms with the exception of a temporary conquest of Malaya by the Chola kingdom of southern India in the 11th century.

The climatic conditions between India and Southeast Asia are similar. “Monsoon” was a common factor which played an important role in enhancing ties between the people of this region. Indian traders would embark on voyages to Southeast Asia when the weather would be suitable. The spice and silk routes helped in the exchange of ideas, culture and people apart from the trade. “This brought large number of seafarers and merchants to Southeast Asia.”[7] “Apart from that, the region’s elites would call Brahmins to serve at their courts as priests, astrologers and advisors”[8], all of which encouraged the robust people to people interactions. Therefore, during pre-colonial times Indians were not seen as “outsiders.”

The Colonial takeover of the region changed the equations between Indians and Southeast Asians towards the end of the 15th century. In addition to this, the Treaty of Westphalia signed in 1648 made territory and sovereignty the basic tenets of the evolution of nation-states. Unfortunately, in the case of Southeast Asian countries, as in the case of everywhere else, nationalism emerged within the boundaries created by the colonial masters for their administrative purpose. This led to the emergence of the modern state-nations in Southeast Asia which disrupted the natural movement of Indians across the region. Now, people migrating from India were perceived as “outsiders”; agents for their colonial masters, since they became associated with colonial exploitation. Indians from various strata of society migrated during this period including indentured plantation labour, traders, clerks, bureaucrats, professionals along with the Indian slave diaspora and Indian convict diaspora.

There is no uniformity in terms of social, political and economic prowess among Indians in Southeast Asia. Numerically as well, Indian diaspora in these countries is varied. Indians roughly constitute about 8% to 9% of the total population in Malaysia[9] and Singapore[10] respectively. While in Myanmar[11] and Indonesia[12], they are only about 4% and less than 0.5% of the total population respectively. In Indonesia, traditionally the Sikhs, Sindhis and Tamils are engaged in various small businesses like sports goods, textiles and construction among many others. Recent trends indicate that the present Indian migration includes professionals holding senior positions in local and multinational companies in the fields of IT, education, and technology among other aspects. Overall, the Indian community is well respected in Indonesia.

In the case of Malaysia, the political, economic and social status of Indians vis-à-vis Chinese and local Malays is not satisfactory. The New Economic Policy of 1970 adversely affected the Indian community in Malaysia. “Only a small group of Indian businesses with political patronage has prospered by venturing into services, construction and related activities.”[13] Politically, Indians in Malaysia are mainly represented by the Malaysian Indian Congress (MIC) which is a part of a larger Barisan National coalition government. However, lately, Indians are not satisfied with the MIC which is reflected in the fact that more Indians are joining the Democratic Action Party (DAP) or Hindu Rights Action Force (HINDRAF).

Singapore is distinct in all the Southeast Asian countries as Indians are well represented in the judiciary, civil services and armed forces of that country. Some of the prominent persons of Indian origin include former President Late S. R. Nathan and Late S. Rajaratnam, an influential personality in the public life of Singapore, among many others. The state ideology has been based on meritocracy which rejects ethnic privileges. This is one of the most important reasons indicating the success of the Indian community. This is in the stark contrast with Myanmar where ethnic Indians have no social, political or economic clout. When Myanmar got independence in 1948, all the important spheres of society were populated by Indians. Later nationalisation policies implemented by the government led to an exodus of Indians on a large scale. A poor section of the Indians and remnants of the trading community were left behind forming the present Indian diaspora in Myanmar.

Indian Diaspora as a soft power?

“Indian policy towards Diaspora has been varied from colonial times to the early years of independence and on to the present time.”[14] Immediately after independence, “Prime Minister Nehru made it clear that either overseas Indians should accept Indian citizenship and expect nothing other than “favourable alien treatment” abroad, or they should accept the nationality of the countries they lived in and avoid looking to the Indian government for preservation of their position and rights.”[15] It took decades for India to realise the role that the diaspora can play in furthering a country’s interest. “The relationship between India and Indian diaspora started changing in a dramatic fashion from the second half of the 1990s.”[16]

General expectations of any country from a diaspora are “diaspora’s overseas network; their role as credibility-enhancing agents for economic actors back home; and their impact through financial flows, especially foreign direct investment and remittances are important for home country.”[17] In the backdrop of these expectations, it can be observed that the Indian diaspora in Southeast Asia is numerically very small and does not enjoy the economic clout that may change the state policies to India’s advantage. Foreign Direct Investments from these countries is meagre. Same is the case with remittances when compared with those from Gulf or Western countries.

In the political realm, except for Singapore, Indians are not well represented politically in these states. Even the administrative machinery constitutes few Indians. Therefore, the Indian diaspora has little utility for lobbying on behalf of the home government. In addition to this, the region varies extensively in terms of polities. Very few countries are genuine democracies which again is a hindrance for lobbying. Moreover, there are very few influential Indians who can influence public opinion at large through various avenues such as ownership of media.

Therefore, it can be concluded that diaspora is not a powerful ‘soft power’ tool in the hands of Indian policy makers with respect to Southeast Asia. However, India needs to cultivate its relationship with the Indian diaspora in these countries. The Indian community is neither looked down upon nor loathed like some of the other communities in Southeast Asia which is a big positive for India. Overall, public opinion towards Indians is positive. As Southeast Asia is inching towards democracy, public opinion is becoming more important in government decision making.

On the government of India’s part, it is important to create a conducive environment to ensure that the diasporic community always remembers its relationship with the homeland. Government initiatives such as Pravasi Bharatiya Diwas, Pravasi Bharatiya Sammelan, and Trade Facilitation Centres for overseas Indians are all steps in the right direction. The government must also see to it that interests of the Indian community are preserved while negotiating mega trade agreements such as the Regional Comprehensive Economic Partnership (RCEP). Given the economic potential of the region, the flow of Indian professionals in the region and general goodwill towards the Indian community, a diaspora has the potential to play an important role in the future. 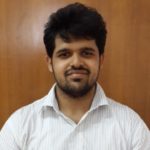 [4] “East Indies, the islands that extend in a wide belt along both sides of the Equator for more than 3,800 miles (6,100 km) between the Asian mainland to the north and west and Australia to the south. Historically, the term East Indies is loosely applied to any of three contexts. The most restrictive and best-known use is as a synonym for the islands that now constitute the Republic of Indonesia (formerly known as the Netherlands Indies, or Dutch East Indies); these include the Greater Sunda Islands (Borneo, Celebes, Java, and Sumatra), the Lesser Sunda Islands (stretching eastward from Bali to Timor), the Moluccas, and New Guinea (including Papua New Guinea on the eastern half of the island). In a second, larger sense, East Indies refers to the Malay Archipelago (including the Philippines), which now is more commonly called insular (or archipelagic) Southeast Asia. Finally, in its broadest context, the term East Indies encompasses the foregoing plus all of mainland Southeast Asia and India.”, accessed at https://www.britannica.com/place/East-Indies

[5] The concept is borrowed from the book “The Indianized States of Southeast Asia” by G Coedes Edited by Walter F. Vella, East-West Centre Press, The United States of America, 1968