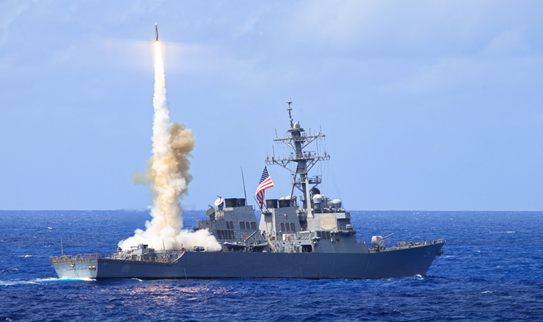 By all reckoning, the extent of spread and use of cruise missiles in the world till date give an impression that it is the most preferred weapon system. They are undoubtedly versatile, potential for use for both precision conventional strike as well as nuclear missions with wide range of employment options. More importantly, they could saturate defences with large numbers of missiles arriving at a specific target within a short time, and “give countries political and military influence disproportionate to their size”. As a matter of fact, Asia has more active cruise missile programmes than Europe or North America. And, the future strategic balance in Asia-Pacific – home to greater number of cruise missile capable countries – will depend to a large extent on the pace of induction, quantity, and quality of cruise missiles in different countries.

As far China is concerned, a key element of the PLA’s investment in anti-access/area-denial (A2/AD) capabilities is the development and deployment of large numbers of highly accurate anti-ship cruise missiles (ASCMs) and land-attack cruise missiles (LACMs) on a range of ground, naval, and air platforms. China’s growing arsenal of cruise missiles and the delivery platforms and C4ISR systems necessary to employ them pose new defense and non-proliferation challenges for the United States and its regional partners. Pakistan, on the other hand, has the fear that India may seek to neutralise Pakistan’s existing ballistic missile-based nuclear deterrent by deploying BMD. As a result, Pakistan’s strategy now seems concentrated on strengthening of its cruise missile inventory. Though Pakistan’s cruise missiles are currently subsonic, as a logical step, it would soon acquire their supersonic versions. Pakistan’s cruise missile inventory mainly constitutes the Babur and Raad missiles, and are claimed to be nuclear capable.

India, as a major stakeholder in this region, will face the dual challenge of acquiring indigenous long-range cruise missile capability, and at the same time, mastering the capability to defend against the future cruise missile threat. Also India has to harness the export potential of BrahMos supersonic cruise missile as many East Asian nations are interested to procure them.