Home   China’s Approach to Regionalism in the Asia-Pacific

China’s Approach to Regionalism in the Asia-Pacific 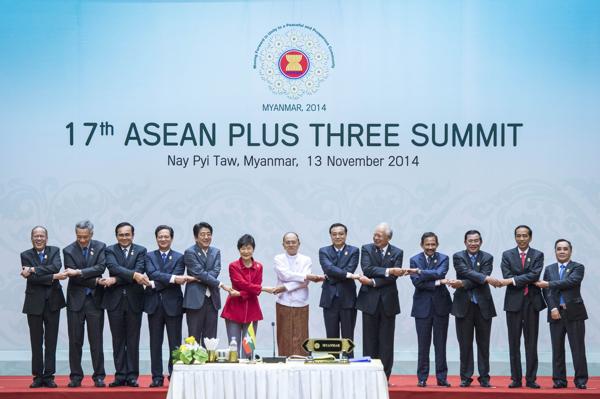 China has never really known to have allies or be allied to big powers in quintessential terms, with the decade of the 1960s being the exception when it allied with the erstwhile USSR. Only when Deng Xiaoping introduced reforms and pushed for modernisation in 1978-79, did China gradually develop a full-fledged foreign policy and therefore, Chinese participation in regionalism and multilateralism, in general, does not have any significant precedents that could be traced back in history. Since the early 1990s, when uncertainty loomed large about how the post–Cold War international system would develop, China seemed to have accepted multilateralism as a strategy that found consonance with its national interest – a trend, which holds true even today. While analysing China’s internal debates on foreign policy, a key concept, which emerges, is termed ‘shi’– referring to the overall configuration of power and direction/tendency of the process of change in which an actor acts and interacts. Shi conceptually involves guoji geju, which means international power configuration, and identification of shi remains a central concern for China when it conceives its global strategy.

China’s participating role in regionalism in the Asia-Pacific hinges on its relationship with the United States to a large extent.  The substantive presence of the US in the region often constrains Chinese policymakers’ ability to assert themselves. The national discourse in China revolves around arguing that the US is intent on mobilising regional states to contain China – and to back this thought, they often refer to former Secretary of State Hillary Clinton commenting on American “forward-deployed diplomacy”. In this reference, the understanding of unipolarity in Chinese parlance is one where the United States is the most prominent power with allies and partners to help implement its strategies – including in the Asia-Pacific.

Under the present regime of President Xi Jinping and Premier Li Keqiang, China’s emphasis has been to upgrade its position in Southeast Asia with Foreign Minister Wang Yi making multiple trips in the region and highlighting that the region remains a top priority in China’s latest “peripheral diplomacy initiative”. This takes us back to the decade of the 1990s when the Association of Southeast Asian Nations (ASEAN) was actively looking for new regional strategies in the region. And after that, regionalism in East Asia received momentum from the Asian financial crisis in 1997 when East Asian countries realised the significance of interdependence. The most significant dynamic for regionalism in the region was the ASEAN+3 initiative, which was established that very year with ASEAN member states and Japan, China and South Korea. Considered the most important outcome of the Asian financial crisis, ASEAN+3 has become China’s preferred vehicle for regional diplomacy, primarily because Beijing believes that ASEAN+3 holds the potential to promote Chinese foreign policy and strategic interests, and more importantly because it is ‘indigenous to East Asia’. It cannot be denied that ASEAN+3 became the first instance of institutionalization of regionalism among East Asian countries.

Although the validity of ASEAN+3 as a regional group remains, the future of regionalism in the larger Asia-Pacific continues to be uncertain because the region expects China to be more forthcoming and transparent especially on matters pertaining  safety and security cooperation. China’s fixated preoccupation with the issue of “absolute sovereignty” has hindered the development of preventive diplomacy and conflict resolution at the ASEAN+3 and other regional levels. During the recent 48th ASEAN Ministerial Meeting held in August 2015, Chinese Foreign Minister Wang Yi highlighted China’s “dual-track approach” for stability in the South China Sea that should be maintained by both China and ASEAN nations. The core of this approach states that negotiations on the South China Sea disputes can be performed under a multilateral framework. However, it also indicates that China does not accept any international judicial or arbitral jurisdiction stipulated in the United Nations Convention on the Law of the Sea (UNCLOS) for any dispute involving maritime delimitation, territory and military activities. The Chinese leadership including Vice Foreign Minister Liu Zhenmin  has repeatedly stated that the South China Sea disputes should not be discussed at ASEAN meetings, as “it is not the right forum”. However, when issues of regional security concerns come up at ASEAN—which is a regional forum, how can tensions in the South China Sea be possibly ignored? This, in fact, remains the biggest challenge and concern for the  local players. The growth of China’s military power needs to be accompanied by greater clarity of its strategic intentions to avoid regional frictions and promote mutual cooperation and regional peace and collective prosperity.

Economic integration alone will not provide sufficient cushion to transform China’s relations with its neighbours. While Asia Pacific regionalism is market-driven, economic issues are just one facet atypical to the region. Although it is reaping benefits of increased economic ties, China certainly does not appear compromising on the South China Sea issue. In fact, Beijing has a mixed strategy that implies that the South China Sea conflict is not exactly isolated from China’s overall relationship with countries in the AsiaPacific. And perhaps the biggest constraint for regionalism becoming operationally effective in the Asia-Pacific continues to be the Sino-Japanese relationship and their inherent trust deficit owing to the bitter historical narrative.

At the 2013 Shangri-La Dialogue in Singapore, Lt Gen Qi Jianguo, Deputy Chief of China’s PLA lucidly warned that Beijing would not compromise on its claims in the East and South China Seas, by asserting, “… dialogue and consultations by no means denote unconditional compromise”. This only clarified that the prospect of any positive development in the Asia-Pacific security arena continues to remain bleak, given that despite being a signatory and ratifying UNCLOS, China appears intent to alter the maritime status quo. With theories of functional integration being sorely tested by the deepest disputes, the future trajectory of China remains uncertain vis-à-vis its peaceful rise/development amid growing naval capabilities of the PLA-Navy and therefore China’s efforts at promoting regionalism and multilateral cooperation is likely to be viewed with caution in terms and conditions.

Dr. Monika Chansoria is a Senior Fellow, and Head of the China-study programme, at the Centre for Land Warfare Studies (CLAWS), New Delhi. She is also a columnist for The Sunday Guardian newspaper. Follow her on Twitter @MonikaChansoria