Beyond pop culture: The multiple facets of Japanese soft power

The following article is based on a speech given by Avantika Deb at the Young Scholars’ Forum on March 23, 2017. 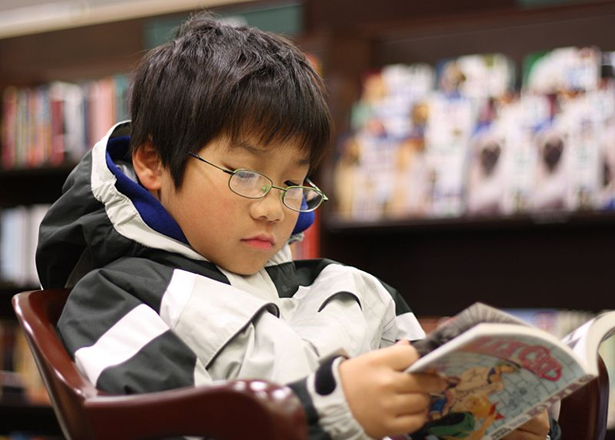 The concept of Soft Power has provoked some fundamental arguments in the field of International Relations ever since the term was coined in 1990 by Joseph Nye. Academicians have often questioned the effect and utility of soft power as an instrument deployed by a nation to influence other nations. In this context, it is relevant to assess how far Japan has been successful in availing its soft power capabilities. To understand the impact of Japanese soft power, the key requirement is to look beyond popular culture as the only instrument.

Soft power is essentially the means to achieve desired political outcomes through charm and attraction rather than coercion.[1] It is the capability of a nation to entice and fascinate other countries in order to create a favourable image of itself. While it cannot be expected that exercising soft power would draw international consensus regarding a country’s militaristic ambitions or highly controversial actions, it does help a nation in its political, economic and cultural initiatives.

The primary obstacle to understanding the utilities of Japan’s soft power is the fact that the contemporary literature focuses too much on popular culture. As Professor Yee-Kuang Heng has rightly pointed out, emphasising cultural attraction does not do justice to the multi-faceted nature of Japanese soft power.[2] Of course, Japanese pop culture has been widely disseminated and consumed throughout the world and is one of the major aspects of soft power. However, other factors like socio-cultural cooperation through means of ODA, contributions towards mitigating climate change, and participation in humanitarian assistance and disaster relief cannot be discounted.

Japanese popular culture industries greatly impact the way urban consumers think about Japan.[3] There exist multiple forms of Japanese pop culture, such as- anime, manga, cosplay, J-pop idol groups and video games. In 2002, Douglas McGray had coined the term “Gross National Cool” vis-à-vis Japan, as he concluded that Japan has been reborn as a cultural rather than an economic power.[4] The concept of “Cool Japan” is an expression of Japan’s status as a cultural superpower. The Cool Japan Fund had been set up as a public-private entity to ensure that Japan’s cultural appeal transcends national borders. The Japanese government gave official approval for the Fund recently in 2013.[5] Manga comics and anime shows like Naruto, One Piece, Captain Tsubasa, Doraemon, Dragon Ball Z, Astro Boy and Full Metal Alchemist have gained extreme popularity throughout the world. The most popular J-pop idol group AKB48 even has her local sister in Indonesia, known as JKT48, named after Jakarta.[6] The development of games like Mario, Pac-Man, Final Fantasy and Resident Evil has in fact been identified with the golden age of video games.

But beyond cultural diplomacy, providing Official Development Assistance (ODA) is one of the most significant tools of Japan’s soft power. No other country offers a greater amount of ODA to developing countries. Prime Minister Koizumi Junichiro had expressed that one of the central principles of Japan’s aid policy is “to support self-help efforts of developing countries”.[7] However, the 1970s and `80s saw criticisms being launched against Japan’s ODA owing to its self-serving nature. The Japanese government responded by issuing the ODA Charter which exponentially increased their ODA towards humanitarian affairs such as education, health and peacebuilding. Principles of environment protection, promotion of democratic governance, human rights, etc. are an integral part of the Charter. Japanese ODA helped ASEAN countries, for example, to recover from the 1997 financial crisis, threats of avian flu and natural catastrophes. The utility of this soft power tool is that aid-based networking leads the recipient countries to consider Japan as an indispensable partner. The latest revision of the Charter under PM Shinzo Abe’s government in 2015 replaced the term ODA to present a Development Cooperation Charter.[8] Both government officials and experts alike have claimed that this upgraded Charter is designed to utilise the financial aid scheme to bolster Japan’s role in international diplomacy and security.

Another aspect of Japanese soft power is the role of Self-Defense Forces (SDF) in humanitarian and peacekeeping operations. Japan had adopted a pacifist constitution post-World War II thus renouncing any military or security role. The SDF were established in 1954, and it was much later that they got authorised by the Japanese government to participate in UN missions. During the 1990-91 Gulf War, when Japan was accused of not doing enough despite its significant monetary contributions, the Diet enacted the International Peace Cooperation Law which enabled the government to dispatch the SDF albeit under strict conditions.[9] Since then, Japan has gradually emerged out of its shell, sending SDF personnel to peacekeeping operations in Cambodia, the Golan Heights, Timor-Leste and South Sudan. In December 2013, the government of Japan announced its first National Security Strategy (NSS) where the central theme was to make a “proactive contribution to peace” based on international cooperation.[10] The Japanese Ministry of Defense has also been providing capacity building assistance to Asian countries since 2011. An active role in such operations further promotes a likeable and obliging image of Japan.

Environmental cooperation is another prime initiative through which Tokyo intends to improve its global profile. Climate change is one of the major issues that the global community is struggling with, and Japan has made some significant impact in this regard. Japan’s efforts have taken the form of the ‘New Growth Strategy’ which expressed a desire of identifying Japan as a ‘trouble-shooting nation on global issues’.[11] ‘Cool Earth Partnership’ programmes, the ‘Future City Initiative’[12] and the ‘Hatoyama Initiative’ are some of Japan’s contributions in this regard.[13] Joseph Nye had already suggested that Japan could maintain its relevance in the international scenario by utilising its soft power to tackle transnational threats such as infectious diseases and climate change.[14] After all, Japan itself has overcome its pollution problems through advanced technology. During Japan’s rise as an economic giant in the 1970s, Japan was once labelled as an ‘eco-predator’. Over the years, Japan has been successful in significantly altering this image, and is now viewed more positively as a source of innovative solutions.[15]

The various aspects of Japan’s soft power apart from popular culture thus contribute actively in building up a positive image of Japan. These should also be focused upon while discussing Japanese soft power capabilities.